Contesting a Parent's Will in New York 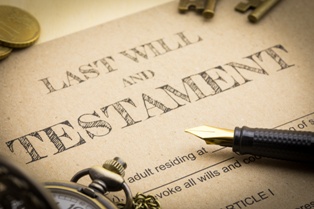 Losing a parent is never easy, but finding out that your mother or father has excluded you from their will can be a startling emotional blow. However, you do have the right to contest the will as a disinherited child.

Standing to Contest a Will

New York law allows two parties to contest a will:

Under these guidelines, only a person's closest living family members have the legal standing necessary to contest a will. Often, this refers to either the decedent's spouse or children.

Reasons to Contest a Will

Some specific reasons to contest a will include:

Under New York law, a spouse cannot be disinherited. Even if the will makes an express provision that the spouse should not receive any of the decedent's property, the surviving spouse can often still claim an elective share of the estate. In most cases, the elective share is one-third of the estate after outstanding debts have been repaid.

Unfortunately, children do not have a right to an elective share of a parent's estate. A parent can choose to disinherit a child by expressly stating this in the will or by not making provisions for the child in a prepared estate plan.

Reasons Children Can Be Disinherited

Children can be disinherited for a number of reasons:

Children can also sometimes be accidentally disinherited. For example:

If you have been completely disinherited in a parent's will or given a smaller than expected portion of the estate, you can choose to exercise your rights under New York Consolidated Laws, Surrogate's Court Procedure Act SCPA 1404. This allows you to obtain preliminary information to determine if a contest of the will is warranted.

The costs associated with the 1404 examination are paid by the estate. Once completed, you have 10 days to file an objection unless otherwise allowed by the court.

An in terrorem clause, also known as a no-contest provision, states that if a beneficiary in a will contests the will and loses, he or she forfeits their inheritance.

This type of clause is not standard in a will, but is often included when a child has been left a smaller than expected share of assets and the decedent has reason to believe the validity of the will be challenged in court.

Conducting 1404 exams generally do not trigger an in terrorem clause in the will. This allows you to see if you have a valid claim without losing what you have already been given.

The Value of Representation From Landskind & Ricaforte Law Group, P.C.

Call today to learn how Renata Landskind, Esq. and Terence J. Ricaforte, Esq. can help you contest your parent's will. Appointments are available in our Brooklyn office and we are available to meet throughout New York City, Staten Island, Queens, and Long Island.